The For Ladies Only Journey Of Super Petrel LSA N833SP 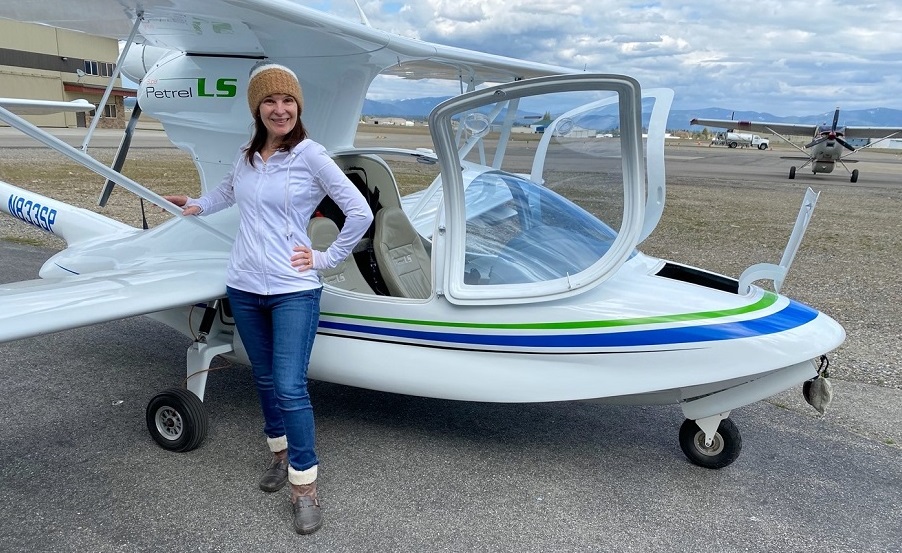 The for ladies only journey of Super Petrel LSA N833SP began on December 19, 2015, She received her FAA Airworthiness Certification (S-LSA) and officially became a citizen of the United States. She was born in Brazil to the Scoda Aeronautica family and was given a number (S0346) and not a name. That is a tough start for any young lady.

Her first home was here in Florida to a very nice man and his family. However, after a few years the man decided he wanted a bigger airplane. He traded her in for a Boss C-182 on floats at Wipaire, Inc. A young lady by the name of Brittnie worked the trade-in and sale. So N833SP was delivered to Wipaire and within a few weeks Brittnie was in love.

She had never owned an aircraft before, had no knowledge of the Super Petrel and had never flown a biplane. Brittnie called us here at Super Petrel USA in Florida, informing us that she had just purchased N833SP. She asked if we could train her to fly her new airplane.

Several months after Brittnie’s flight training was completed, winter came to Minnesota. Everything turns to solid rock, not giving much opportunity to do water landings. When Brittnie purchased N833SP, the airplane was completely white except for a few decals and her “N” number.

Everyone knows a lady cannot go around with no makeup on. So, off to the paint shop for some cosmetic improvements.

When N833SP came out of the “beauty shop”, her name was now “Daisy” and the name stuck. Brittnie and Daisy then spent two wonderful summers flying the beautiful lakes of Minnesota. Then she decided it became time to move up to a larger 4 place airplane. Brittnie had to make a difficult decision to put Daisy up for sale.

In the 20-year history of the Super Petrel aircraft worldwide, never has one aircraft been owned by a lady pilot and sold to another lady pilot.

Tonya is also one of very few lady pilots to earn her Private Pilot license in a Single Engine Sea (SES) first, then later receive her Single Engine Land (SEL) rating. Perhaps living on a cliff over-looking Lake Coeur d’Alene had something to do with this. Or maybe it was Tonya’s husband, Burt Rutan.

Tonya and Burt had done their homework when they decided on purchasing the Super Petrel over many other designs. Both had flown the ICON A-5, the SeaRey and several other float type aircraft. Ultimately, the Super Petrel (Daisy) won out. Burt by the way, is still working on his Ski-Gull aircraft design. And so goes the story of the for ladies only journey of Super Petrel LSA N833SP

We here at Super Petrel USA and Scoda Aeronautica are very pleased to welcome Tonya and Burt Rutan to the Super Petrel LSA family. We believe “Daisy” Rutan will spend many fun days in one of the greatest seaplane areas in the world,  Coeur d’Alene, Idaho.