The Evolution Of Advanced Avionics Since GPS 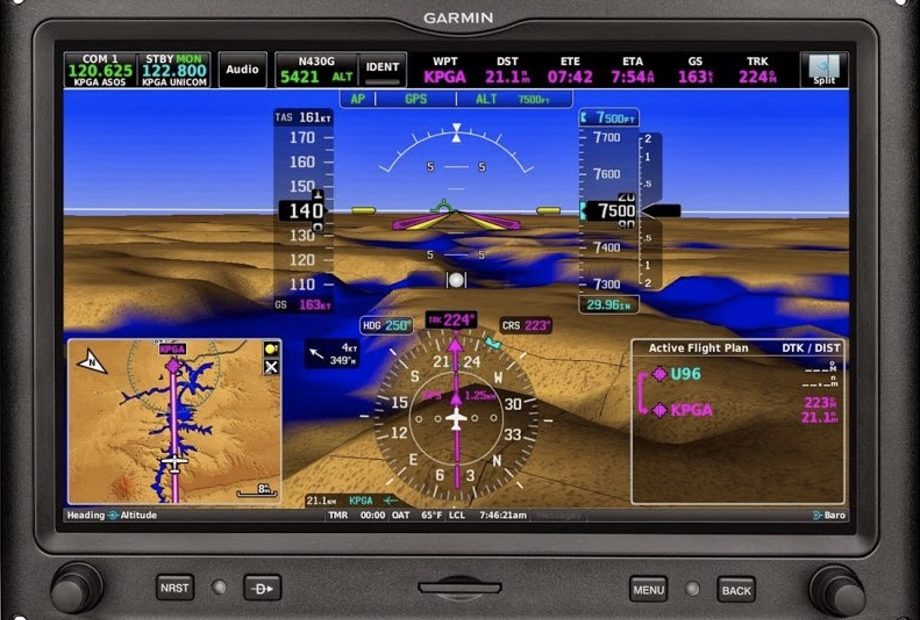 The evolution in avionics over the past decade has been remarkable. I used to say that all my previous General Aviation experience helped me immeasurably. Especially when I transitioned to Airline or Part 121 flying. I now realize that my previous Airline flying actually helped me with my current General Aviation Part 91 flying. I think about the evolution of advanced avionics since GPS.

My first “Glass Cockpit” was in the Boeing 757-200 APF in 1987. The avionics were unbelievable, when I retired in 2007. At the time I was flying the latest version of the Boeing 767-300ER’s. We even had that new thing called ADS-B. The new navigation was based more on GPS signals than the older Inertial Navigation Systems (INS). Overhead traffic was exactly that, directly overhead.

After retirement, I began flying the new Cessna C-182T aircraft with the Garmin G-1000 systems. To my amazement, it could actually do almost everything the B-767 could do. But I could not get the same rate of climb out of the Cessna. However, “V” Nav was there and the “Range Circle” was there. Also “Flight Level Change” was there,  as was “Direct Intercept To”. Wow! I was right at home.

Today, the avionics evolution continues. Packages are smaller, lighter and less expensive than ever before. Dynon and Garmin are producing a complete line of avionics for the Light Sport / Experimental aircraft industry. We’ve used both systems in the Super Petrel LS and are now equipping with Garmin. Systems designed for VFR only aircraft can be the foundation for an IFR platform by just adding one IFR certified receiver.

These systems can now include 2 Axis Autopilot, Flight Director and Navigation and Communications. As well as ADS-B weather and traffic, SiriusXM NEXRAD weather, Terrain Warning, Traffic Alerting, Moving Map Display and Transponder. The transponder even knows if you are in the air or on the ground. If you have the correct code plugged in, you will not receive any of those annoying calls from ATC to “Squawk Oscar November”. Training for these avionics’ suites can be scheduled with the manufacturer or in many cases, found on You Tube. There are also excellent training courses from both Sporty’s and King Schools that cover the latest avionics.

I have had several conversations over the past few years from pilots operating in the Light Sport world flying VFR only aircraft. There seems to be a misconception on the transponder requirements for recertification. “Oh, that is for IFR aircraft only, does not apply to VFR only or Experimental aircraft.

Actually, that is 14 CFR 91.411. The other Regulation, 14 CFR 91.413 does apply. Per the federal aviation regulations 14 CFR 91.413, all transponder-equipped aircraft must have their transponder tested and certified every two years, in addition to the biennial altimeter and encoder checks required by 14 CFR 91.411 and 91.217 for aircraft that will be operated under IFR.

It’s important to note that these requirements apply to experimental aircraft as well. Great! Then is this something I can have my  A&P/IA do next time he does my 100-hour Compliance Inspection? Nope!  Only a certified avionics repair station can perform the testing. Since we are just talking about Light Sport aircraft and VFR only, the pitot static is not part of the requirement, just the transponder. It is never a bad idea to have these systems checked however, your life may depend on them. I have polled several of our aircraft owners and determined that most shops charge between $175 to $200 to perform the required testing. There are even mobile services available to come to your aircraft. Now that ADS-B is required in most flying areas, ask them to check your system as well. There is usually no addition charge for this service.

So, check the aircraft logbook to see when the last 14 CFR part 91.413 was accomplished. Like most maintenance, you are good until the end of the 24th month. The next time you are asked to “Squawk Ident”, ask yourself “is my transponder current”?

All I can say is the evolution of advanced avionics since GPS is mindboggling.