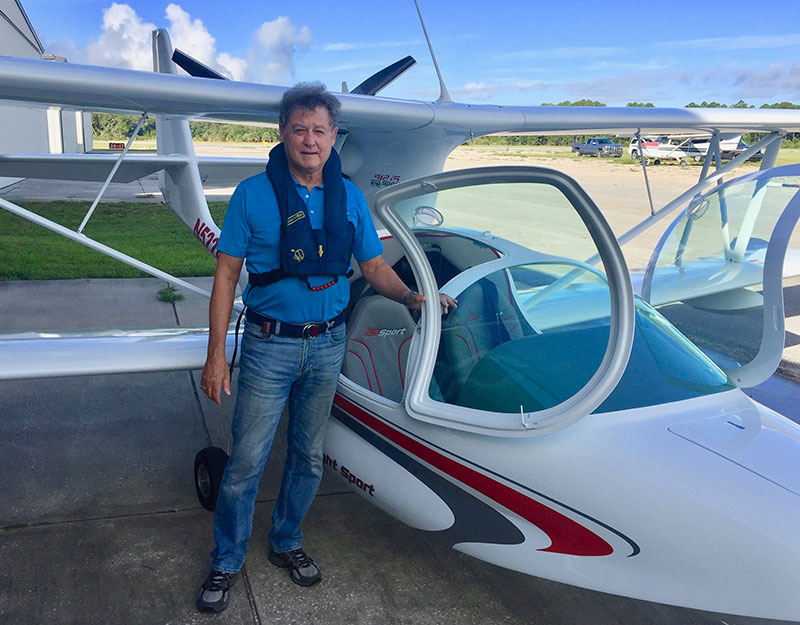 What’s it like to fly the Super Petrel Amphibian aircraft?

Less than a week ago, I had the pleasure to experience a Demo flight in the Super Petrel. Mr. Roger Helton welcomed me to his facility at the Ormond Beach Municipal Airport and patiently and professionally pointed out many features of this aircraft prior to our flight. After a thorough pre-flight briefing and walk around, we’re ready to go.

Getting into and out of this aircraft requires a very slight amount of physical dexterity and practiced procedure. Being talked through it and demonstrated expertly by Roger made it seem quite normal.

Taxiing requires differential braking, rather than nose wheel steering. I did not find this to be a problem, since I have prior experience in the Grumman American Yankee which uses the same method.

This Light Sport Aircraft (LSA) was surprisingly easy to fly and much more stable than I had imagined in the mild thermals typical of a late summer morning in Florida. Having flown a variety of general aviation aircraft with a yolk control, I was curious as to what it would be like with using a stick control. No problem.

Roger demonstrated a water landing and showed just how maneuverable (and stable) this aircraft really is on the water. The lake departure was quick, smooth and quite an enjoyable (first time) experience for me. I can most definitely see how an owner of this aircraft could have many safe and fun adventures flying to and from either land or water destinations.

I would recommend that anyone thinking about investing in an LSA amphibian aircraft to seriously consider the Super Petrel. Thanks again Roger for a great Demo flight!